A composition gradient sputtering (CGS) method, in which the doping elements have a gradient distribution from one side to another of the sample, was proposed in our previous work [Li SD, Appl. Phys. Lett., 92 (2008) 092501]. An ultra high magnetic anisotropy field over 500 Oe and ferromagnetic frequency over 7 GHz were obtained in as-deposited FeCoHf films by CGS method due to the stress-induced uniaxial magnetic anisotropy. However, the magnetic properties of the CGS samples are non-uniform, showing a location dependence. In this paper, a modified CGS (MCGS) method was proposed to improve the original CGS method. It is revealed that the MCGS method dramatically improves the uniformity of the high-frequency soft magnetic properties of the as-deposited Fe 70Co 30 - B films. A narrow ferromagnetic resonance frequency (f FMR) range around 5.5 GHz (5.2-5.7 GHz) with a deviation less than 10% and high uniaxial magnetic anisotropy field up to 330 Oe were obtained for as-deposited films with 75 mm in length. As Comparison, the f FMR of the CGS samples is very inhomogeneous and distribute in a broad range from 3.1 to 6.7 GHz with a large deviation as high as 116%. The evident advantages of MCGS samples, such as high UMA and relatively uniform high-frequency characteristics, suggest that the MCGS Fe 70Co 30 - B films are particularly in favor of the integration between magnetic films and RF/microwave components. © 2012 IEEE. 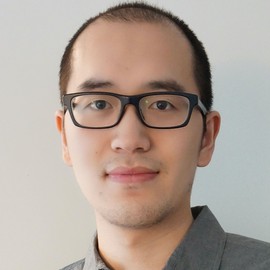